For those of you with an interest in AI (and who doesn’t have an interest in AI these days!?) there’s a post over on our sibling blog at the Archives Hub by Adrian Stevenson of Jisc, reviewing the recent CogX Global Leadership Summit and Festival of AI event.

See Artificial Intelligence – Getting the Next Ten Years Right.

It’s an interesting read, and well worth a quick look. Cloud doesn’t get too much of an explicit mention, although we all know that a lot of AI-related activity is going to happen in public cloud going forwards. However, there is a section covering a talk by Yves Bernaert (Senior Managing Director at Accenture) called ‘Sustainable Technologies, Green IT & Cloud.

This is an area that we are actively looking at – partly to understand better the environmental impact of our own use of cloud at Jisc and partly so that we can help our members and customers assess their impact. Nothing concrete to report so far but, as I say, it’s an area where we’d like to be able to help.

Bernaert’s talk made some interesting points, as recorded in Adrian’s blog but I’ll copy and paste them here for reference:

Yves therefore believes that companies have a great responsibility, and technology can help to reduce climate impact. 2% of global electricity comes from data centres currently and is growing exponentially, soon to be 8%. A single email produces on average 4g of carbon. Yves stressed that all companies have to accept that now is the time to come up with solutions and companies must urgently get on with solving this problem. IT energy consumption needs to be seen as something to be fixed. If we use IT more efficiently, emissions can be reduced by 20-30%. The solution starts with measurement which must be built into the IT design process.

We can also design software to be far more efficient. Yves gave the example of AI model accuracy.  More accuracy requires more energy. If 96% accuracy is to be improved by just 2%, the cost will be 7 times more energy usage. To train a single neural network spend requires the equivalent of the full lifecycle energy consumption of five cars. These are massive considerations. Interpreted program code has much higher energy use than compiled code such as C++.

A positive note is that 80% of the global IT workload is expected to move to the cloud in the next 3 years. This will reduce carbon emissions by 84%. Savings can be made with cloud efficiency measures such as scaling systems down and outwards so as not to unneccessarily provision for occasional workload spikes. Cloud migration can save 60 million tons carbon per year which is the equivalent of 20 million full lifecycle car emissions. We have to make this happen!

On where are the big wins, Yves said this is also in the IT area. Companies need to embed sustainability into their goals and strategy. We should go straight for the biggest spend. Make measurements and make changes that will have the most effect. Allow departments and people to know their carbon footprint.

Interesting stuff, though I would urge you not to get too hung up on the specific numbers right now. All the major cloud vendors are making fairly substantial claims about their environmental impact and while it is not easy to assess the veracity of those claims it is fairly intuitive to understand that organisations that operate at the scale of AWS, Microsoft and Google have options to build data centres with economies of scale and that are close to natural sources of green energy well beyond the reach of most other organisations, including universities.

It’s about all of these things and it’s about the environment as well! 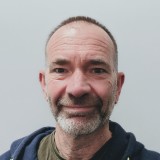