As the usage of Microsoft Teams increases in educational establishments we here at Jisc Cloud are seeing more and more demand for moving telephone systems into Teams.  Personally I love to see it, having the phone system in Microsoft Teams gives our members the sector leading collaborative tool, Microsoft Teams, and a cost effective, low management, phone system to further enhance Teams. 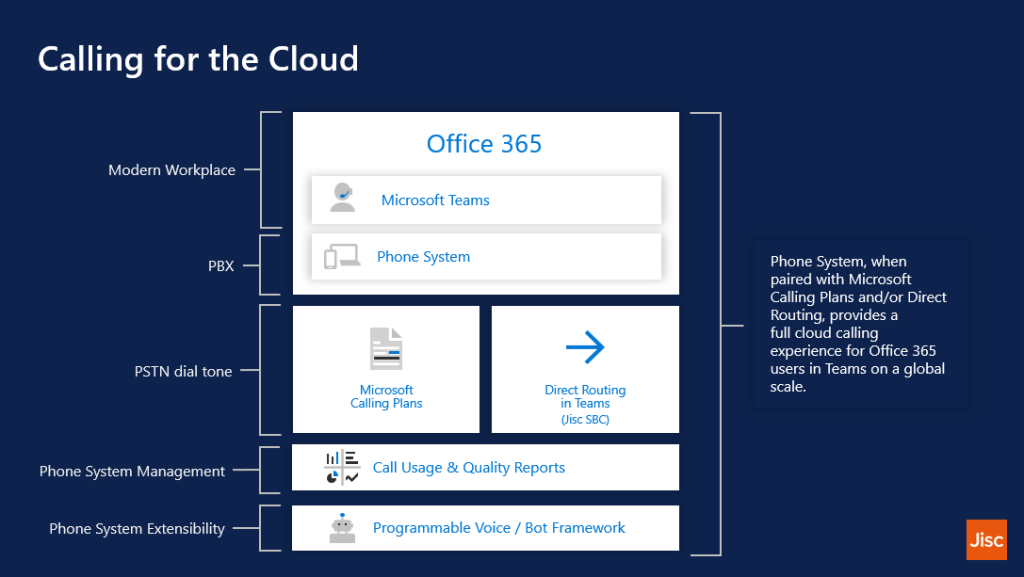 You may erk at the costs from Microsoft for using their calling plans, which range from £1.81 per user per month for Pay-As-You-Go (includes the phone system license), £2.40 per user per month for 120 mins domestic, to £20 per user per month for international calling.  As the prices are per user per month this can soon add up, this is where Jisc’s SBC comes in.  We charge on a concurrent calls basis, so no matter the number of users or numbers you can end up paying significantly less each month.  For one SIP channel (1 concurrent call) it’s around £36.30 per month¹.  Picking between Microsoft’s calling plans and the SBC can be complex, it mainly comes down to how many users will be making calls, how often and to whom.  We can assist with analysing your current Phone System with a Teams Phone System Consultancy piece of work.

Jisc’s SBC is a carrier grade Session Border Controller based on the Oracle SBC running in the Jisc data centre of a redundant pair.  Jisc has a peering setup between Microsoft, Gamma and JANET, the traffic is routed in a optimal manor with Gamma providing the SIP trunks into the SBCs.

You can ‘flex’ your SBC subscription at any time to add additional/remove unused call concurrency using the familiar method of raising a JANET support call.  Ideal for clearing, enrolment or results days/weeks where you need the extra capacity but drop back down shortly after.

You may ask, why don’t I use Gamma’s SBC or Microsoft’s Calling Plans?

Simple answer, price, complicated answer, price and the benefit of the SBC being managed by the same team that looks after JANET.

If you come to Jisc Cloud to for our Teams Phone System Design & Config package we will support you in your journey to Teams Phone System, through from recommendations, designing and implementation, providing you a re-assured deliverable.  We aim to utilize the latest functionality in Microsoft Teams and the wider 365 platform with you. (e.g. Using Teams Channels for the majority of call queues).

The package is loosely structured around 5 workshops where we design the system and then guide you through implementing that system.  Utilizing lab style workshops we aim to provide you with the guidance and training you will need to continue maintaining Teams.  Not everyone will need this and we will provide a tailored the offering per customer.

We aim to provide our members with the best value option for a Phone System, and can provide significant savings compared to legacy ISDN systems.

Teams uses mostly the Microsoft Satin codec, which allows for as low as 9kbps for voice.  Ideally Microsoft recommends 58kbps for best quality.  You can find more of the bandwidth requirements on Microsoft’s docs website.

Want to know more? Reach out to your Jisc Relationship Manager. 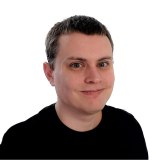